The project work will be conducted by research teams in Western Australia and the Northern Territory and include three sub-projects addressing the different research needs identified. These are outlined below.

This research will standardise oyster common names and assess the need for farming and translocation zones across NA. It will consider risks associated with genetic pollution of wild populations, existing information on tropical ecosystems and oyster diseases, experiences from the pearl industry, and existing practice in edible oyster aquaculture in other regions of Australia. This information will provide a strong science base for biosecurity planning, management and operating procedures for the developing industry and determine key issues for further research and development.

In WA, sub-project 2  will utilise existing hatchery infrastructure and expertise at the WADPIRD Hillarys facility to refine culture techniques for the Black-lip Rock Oyster (BLRO) and other TRO species to be identified in WA.

Researchers will employ standard hatchery protocols used in the production of SROs on the TRO species identified in the Pilbara and Kimberley and compare performances before moving the experiment to ocean-based nurseries.

In the NT, researchers will utilise existing hatchery infrastructure and expertise at the Darwin Aquaculture Centre to refine culture techniques for the Black-lip Rock Oyster.

Hatchery trials will be conducted to refine and improve larval settlement procedures and will include experiments on different salinities, the timing of settlement and the effectiveness of chemical and substrate settlement cues. Work on conditioning broodstock within the hatchery and investigating which hatchery systems work best will also form part of this sub-project

This Sub-Project will investigate optimised grow-out methods and gear technology for the production of Blacklip Rock Oyster ( in the NT and possibly WA depending on species distribution) and other TRO species in WA.

In the NT, farming trials will be conducted using intertidal systems at two sites : South Goulburn Island (supported by the Yagbani Aboriginal Corporation) and Groote Eylandt ( supported by the Anindilyakwa Land Council). The two trials will include:

In WA, growout trials will take place in the Kimberley (Cone Bay) and in the Pilbara (three sites selected in the Dampier Archipelago) at sites providing intertidal and subtidal conditions for the farming of new TRO species (and BLRO in the Kimberley):

The three trials conducted in WA during this sub-project will include : 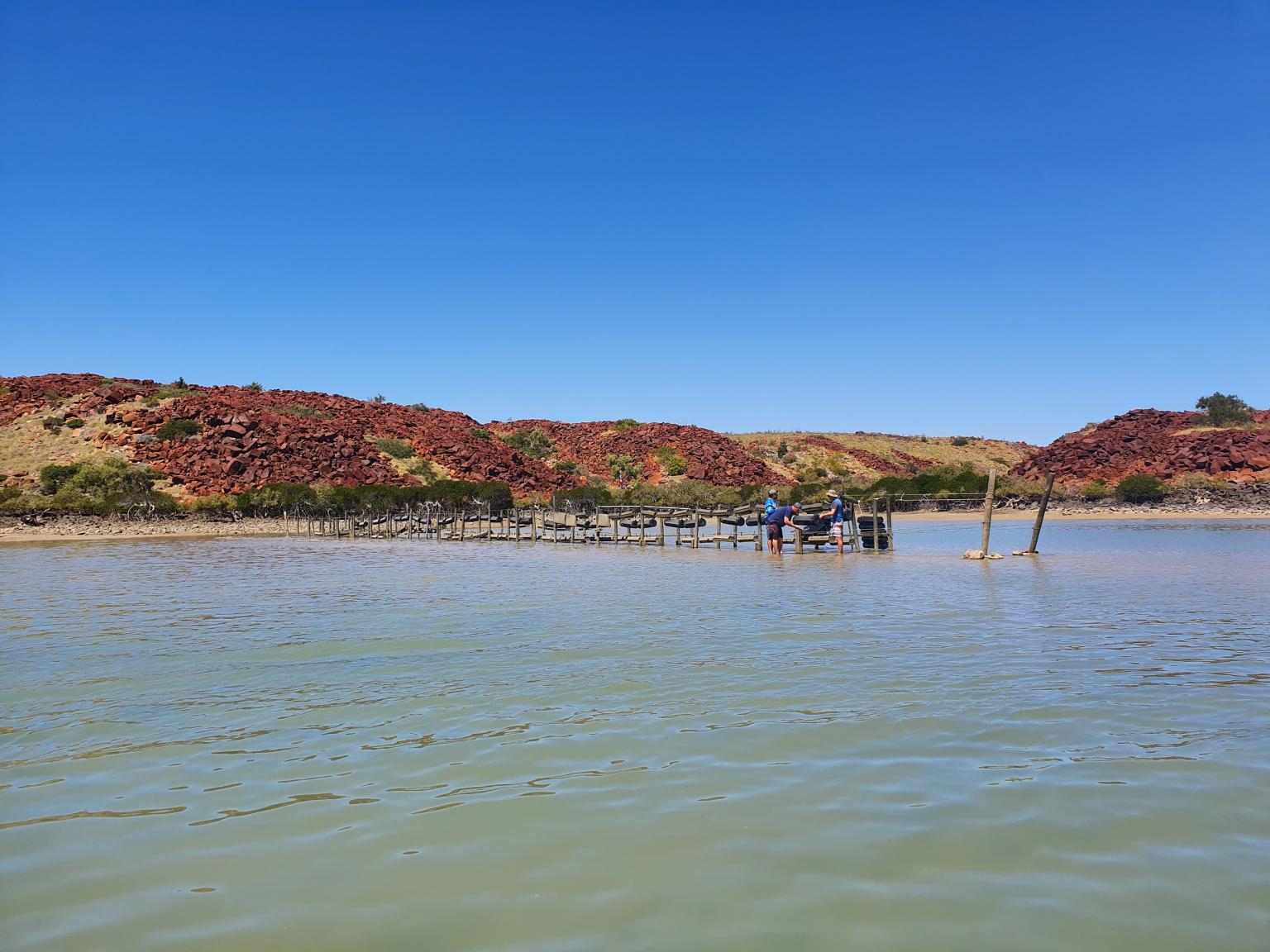